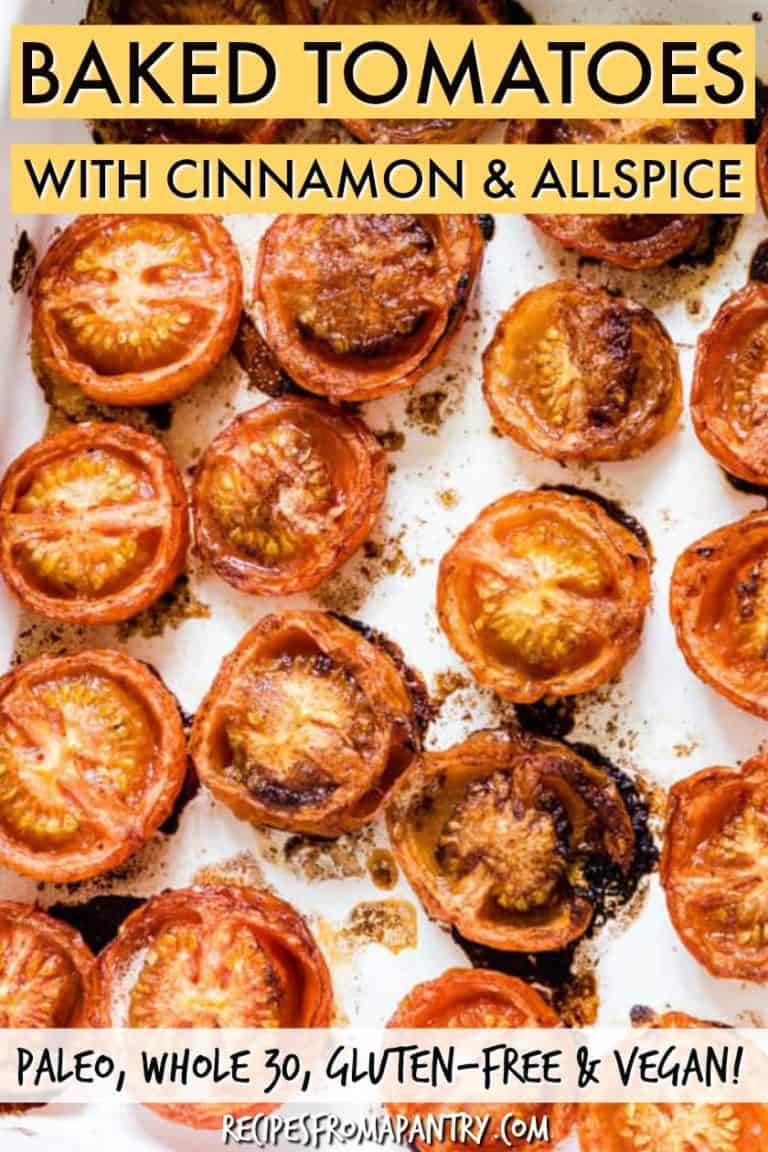 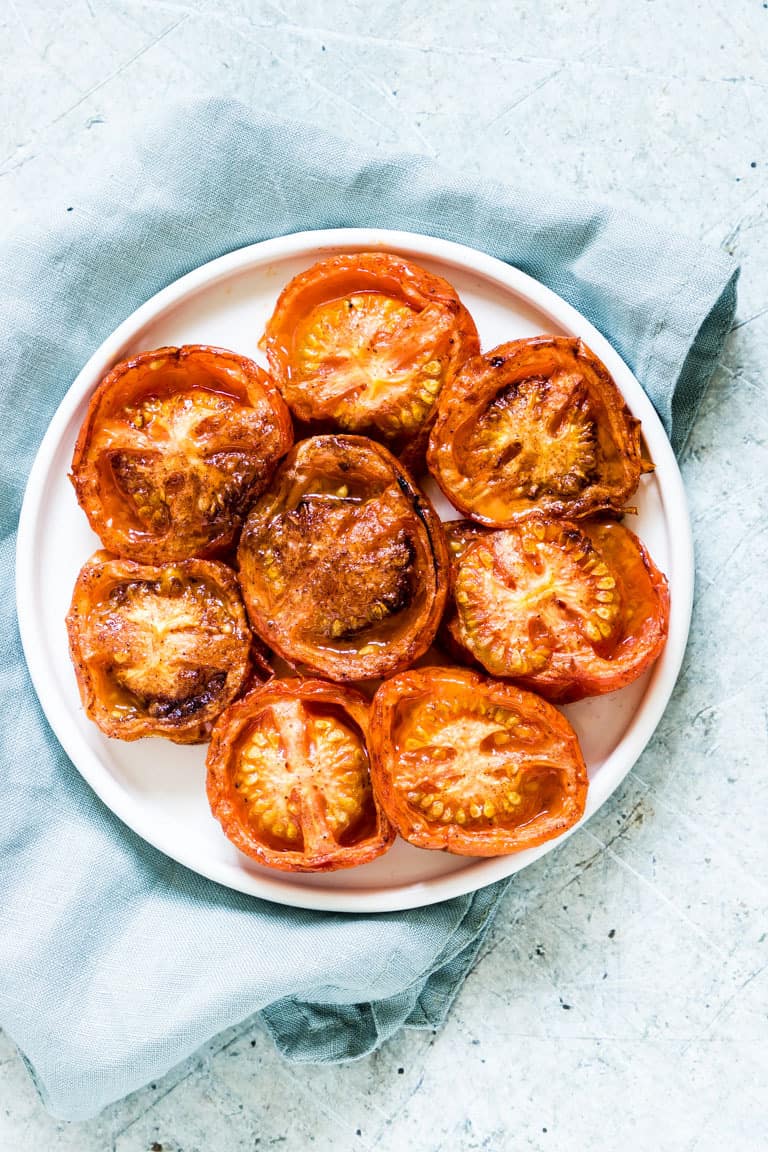 These Cinnamon and Allspice Baked Tomatoes are one of the easiest summer eats I make.

What is great is the fact that you need only 5 pantry ingredients and 5 mins of prep to whip up these roasted tomatoes. But the real magic is the fact that they can be served as a side dish, an appetizer or even as the main dish

Seriously, there is nothing better than biting into some warm bread, wrapped round the spiced tomatoes, as the juices run down your arms. In fact the kiddoes relish the chance to get as messy as they can eating these. Or is that just me? 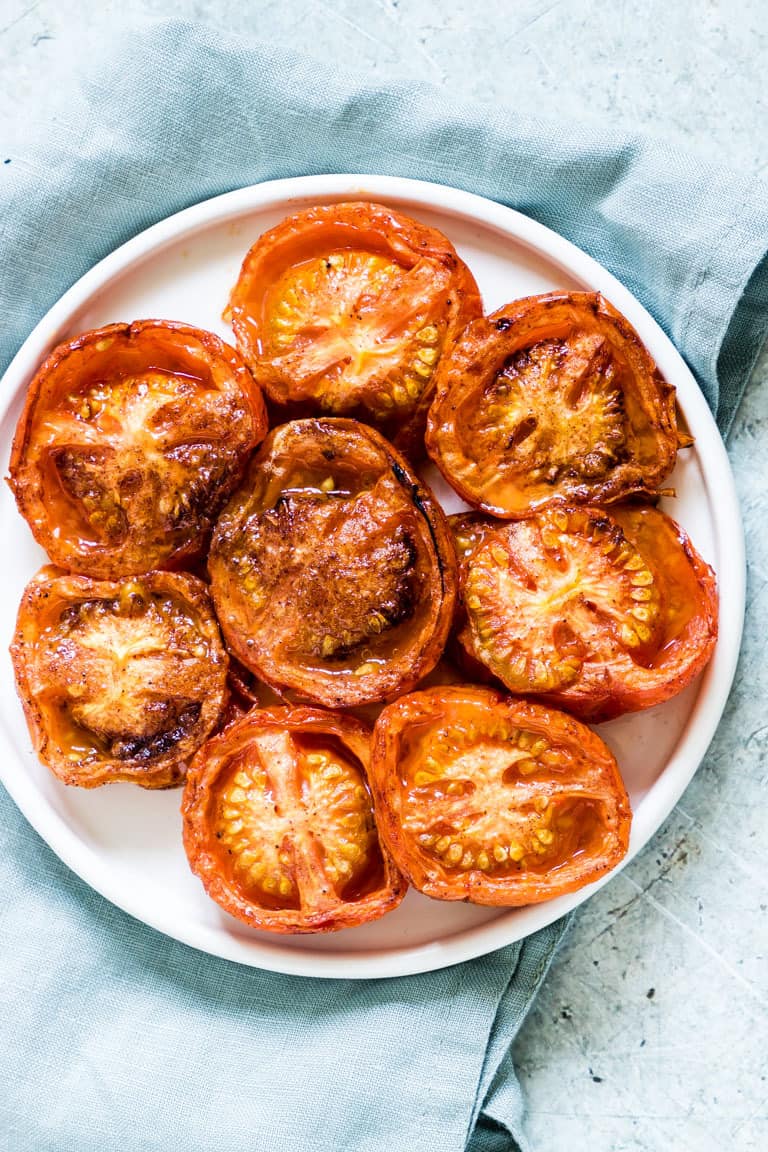 This post contains affiliate links. For more information, check out my disclosure.

Here are some of the items you will need to make this recipe.

How To Make Baked Tomatoes

This is one of the easiest tomato recipes you will ever make.

Roasting tomatoes is one of the easiest ways to use up tomatoes that are about to pass their prime. It is also a way to add flavour to a batch of tasteless tomatoes as caramelizing them removed the water an intensifies their flavour. Plus they do taste great roasted. 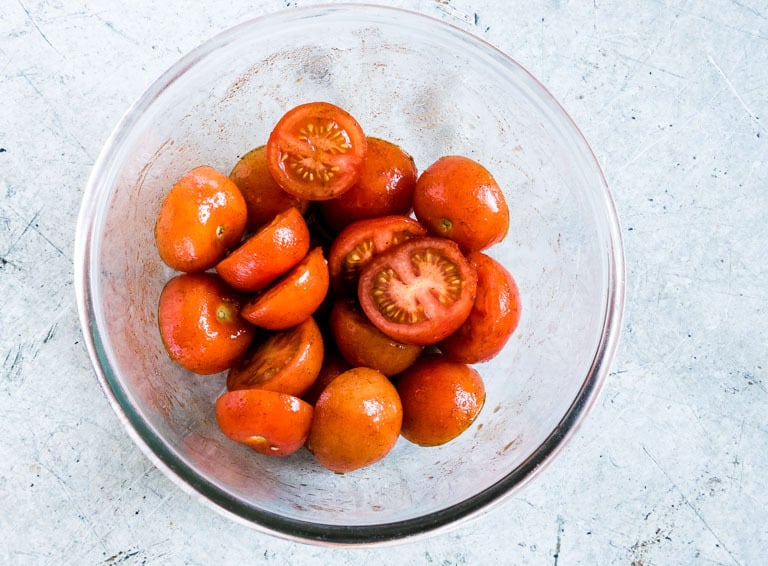 You can bake whole tomatoes in the oven too. You will not get that caramelising that you get with cut tomato edges and you may need to cook them a little longer. 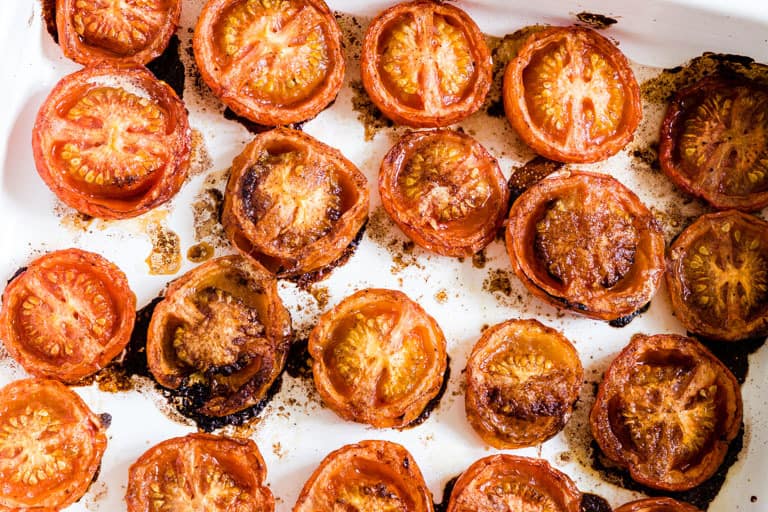 Another great idea is to make baked tomatoes with breadcrumbs. Season the tomatoes and add them to the baking tray, then sprinkle on the breadcrumbs and drizzle on a little bit more oil and bake. Just remember that they will no longer be gluten-free.

What to Serve With Baked Tomatoes

There is 1 Weight Watchers SmartPoints per serving. 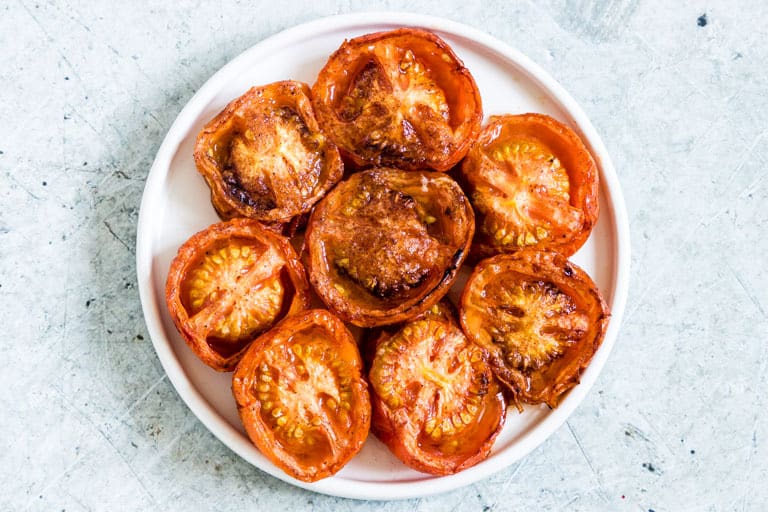 Thank you for allspice and cinnamon roasted tomato recipe post. And please come visit again as I continue dreaming up recipes, traditional African recipes, African fusion recipes, Sierra Leone recipes, travel plans and much more for you. Thanks for supporting Recipes from a Pantry, UK food blog.

Don't forget to tag #recipesfromapantry on Instagram or Twitter if you try Baked Cinnamon and Allspice Tomatoes! It is really, really awesome for me when you make one of my recipes and I'd love to see it. You can also share it on my Facebook page. Please pin this recipe to Pinterest too! Thank you for reading Recipes from a Pantry. 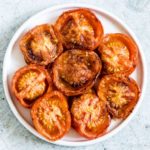 What to Serve With Baked Tomatoes

There is 1 Weight Watchers SmartPoints per serving. 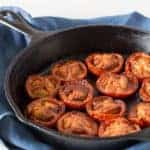