NPR, QPR……what does it all mean? Whether you’re new to the world of electric pressure cookers or an official Instant Pot pro, releasing the pressure can be confusing and even a bit intimidating.

But friends, do not fret! I am here to help explain the different types of pressure release methods – natural release vs quick release. And when and how to use each of them. Plus I am sharing my favorite tips for making releasing the pressure on your Instant Pot super easy and stress-free. 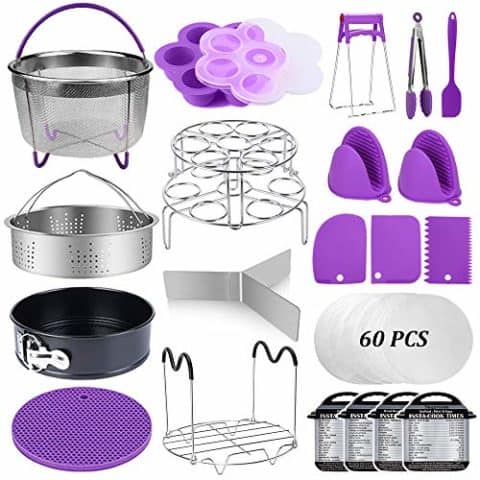 I like to think of natural pressure release (NPR) as the ‘leave it be’ method. You just allow the pressure that builds up during the cooking time to dissipate without any action being taken. This is also known as slow natural release.

How to quick release – On the other hand, a Quick Pressure Release (QPR) is performed by turning the pressure release valve to the ‘venting’ position, which then lets all of steam release quickly.

The Instant Pot cook time ends and the steam release valve remains in the ‘sealing’ position. The pressure releases slowly, and the food inside will continue pressure cooking as the pressure decreases.

Once fully released, the quick release valve pin will drop, indicating that it is safe to unlock and open the lid.

The time it takes for a natural pressure release to complete varies. It will depend on the ingredients and amount of liquid in the Instant Pot . It can take anywhere from 5 minutes to 30 minutes to complete an NPR – a large liquid volume will take longer. Remember the food continues cooking during this time.

When To Use A Natural Pressure Release

Use the NPR method when cooking most meats, especially larger cuts. A natural pressure release is best for thicker foods and starchier items. Click on the recipes below which all use NPR.

What Happens During a Quick Pressure Release?

A strong jet of steam will escape from the pressure release valve. This is normal, but it can also a little scary at first.

If you notice drops of liquid or foam spattering out the valve, you can turn the valve back to the sealing position and use an Intermittent Pressure Release.

What Is Intermittent Pressure Release?

Doing an intermittent pressure release is helpful when cooking foods such as pasta, soups, and certain types of grains that tend to foam or spatter when performing a quick pressure release, but will overcook if the pressure is allowed to fully release naturally.

When To Use A Quick Pressure Release

Use the quick pressure release method when cooking delicate ingredients, like fish and vegetables, so you avoid overcooking them. Yeap, the QPR is a must when cooking dishes like these below.

Awesome Hack ==> The spoon that came with your Instant Pot has a square notch at the end of the handle that is designed to perfectly fit onto the valve so you can safely turn it to the venting position. #gamechanger

Instant Pot Must Have Accessories

Speaking of accessories, check out my must-have Instant Pot Accessories List. Also included are my favorite cookbooks and some super fun gift ideas for all the Instant Pot lovers in your life.

5 Instant Pot Recipes You Will Love!

Want to learn more about your Instant Pot ?

Thank you for reading my Natural Pressure Release versus Quick Pressure Release post. And please visit again as I continue dreaming up recipes, traditional African recipes, African fusion recipes, Sierra Leone recipes, travel plans and much more for you. Thanks for supporting Recipes from a Pantry, UK food blog.