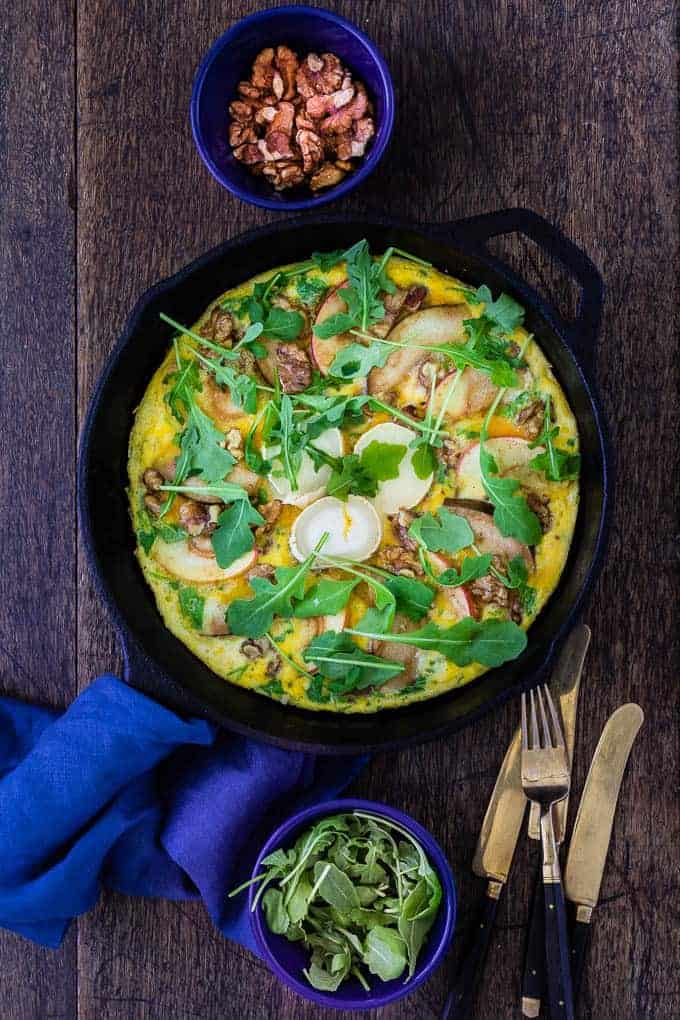 Simple autumnal eats : pear and apple frittata with walnuts, goats cheese and a drizzle of honey.

Autumn really is a time of fruitfulness. In our garden we’ve got an old pear tree. According to Freddy’s uncle, it was planted when the house was built, aka 87 years ago. However old it is, at this time of year we are overcome with pears. For about two weeks we have more pears than we could ever want. At the same time, down the road, the orchard is groaning with discovery apples. Lucky, lucky us right? 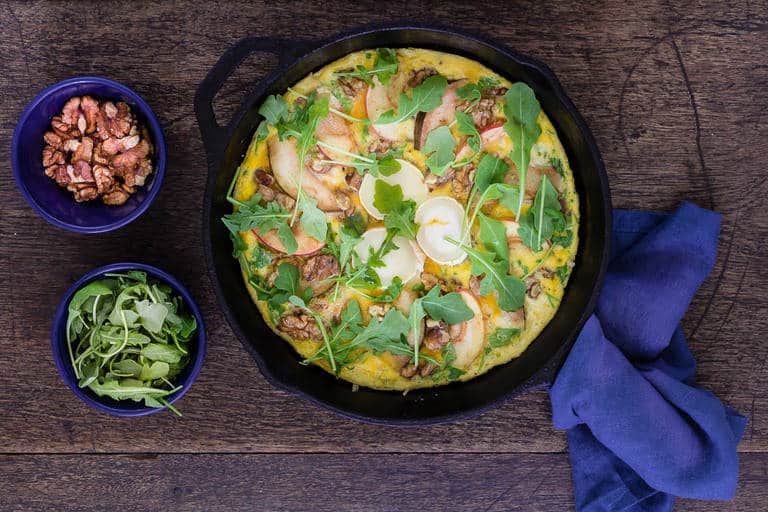 We tend to have both apples and pears together for about 2-3 weeks which makes me think of how to celebrate this conjunction of two lovely fruits. Inspiration came (as it usually does) with need. A friend rang up and said she was coming our way, could she and her family stay. Shockingly for a food blogger, there was not much in the larder except the usual eggs, a bit of left over cheese and nuts. Well, straight away the children were sent out to the orchard, then to the garden for apples and pears. A bunch of rocket from the cold frame and we were in business!

And dinner was this apple and pear frittata with walnuts, goats cheese and a drizzle of honey. So, so, so good.

This recipe first appeared in the Autumn 2016 issue of Superfood Magazine.

Don't forget to tag #recipesfromapantry on Instagram or Twitter if you try Pear and Apple Frittata with Walnuts, Goats cheese and Honey! It is really, really awesome for me when you make one of my recipes and I'd love to see it. You can also share it on my Facebook page. Please pin this recipe to Pinterest too! Thank you for reading Recipes from a Pantry. 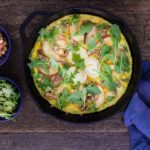 Pear and Apple Frittata with Walnuts, Goats cheese and Honey 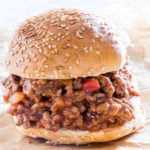