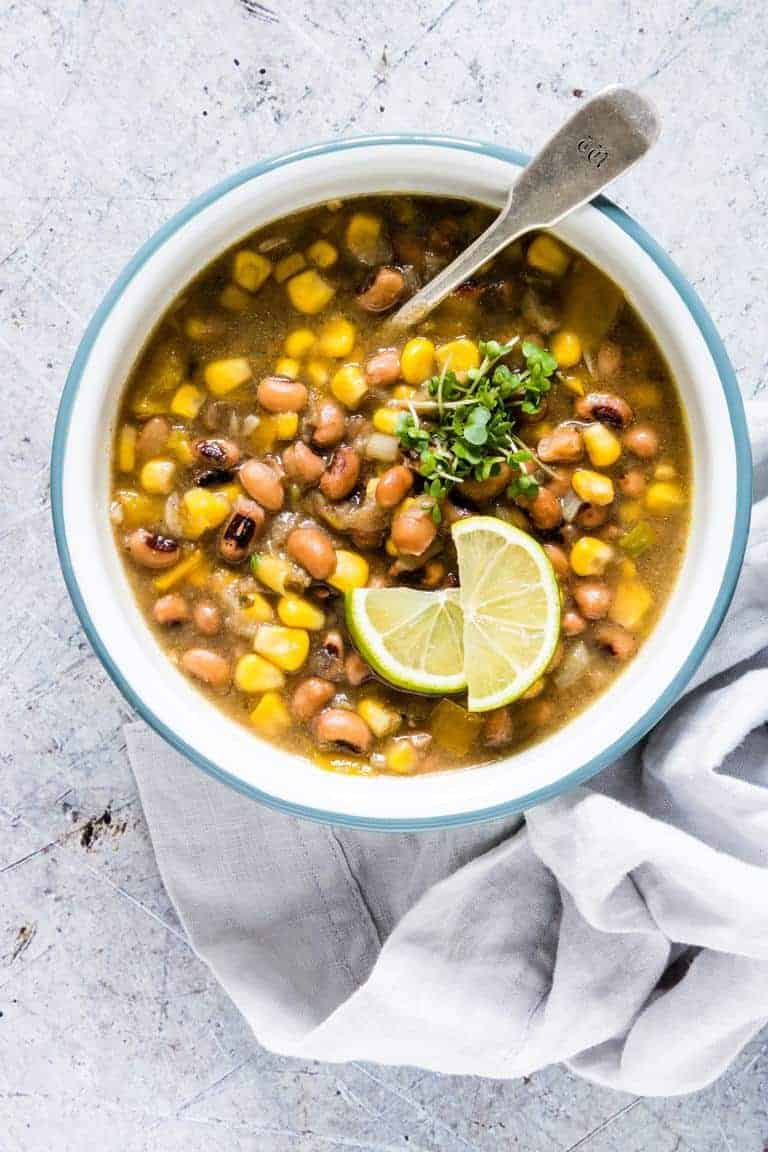 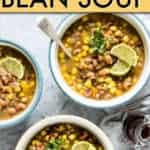 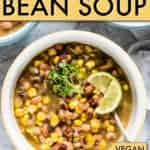 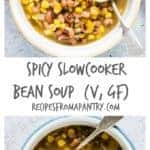 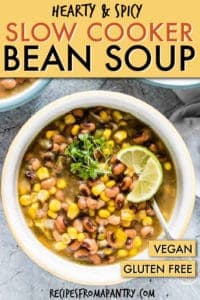 I define soup season as any time outside swimming pool season. Too cold for a swim? Eat some soup to warm yourself up because it must be freezing outside. Probably snowing, too.

With such a lengthy soup season, it’s important to be prepared with many soup recipes to choose from. I’d eat a new soup every day during soup season if I could, which is why I often find myself dreaming up new soup recipes in the kitchen. 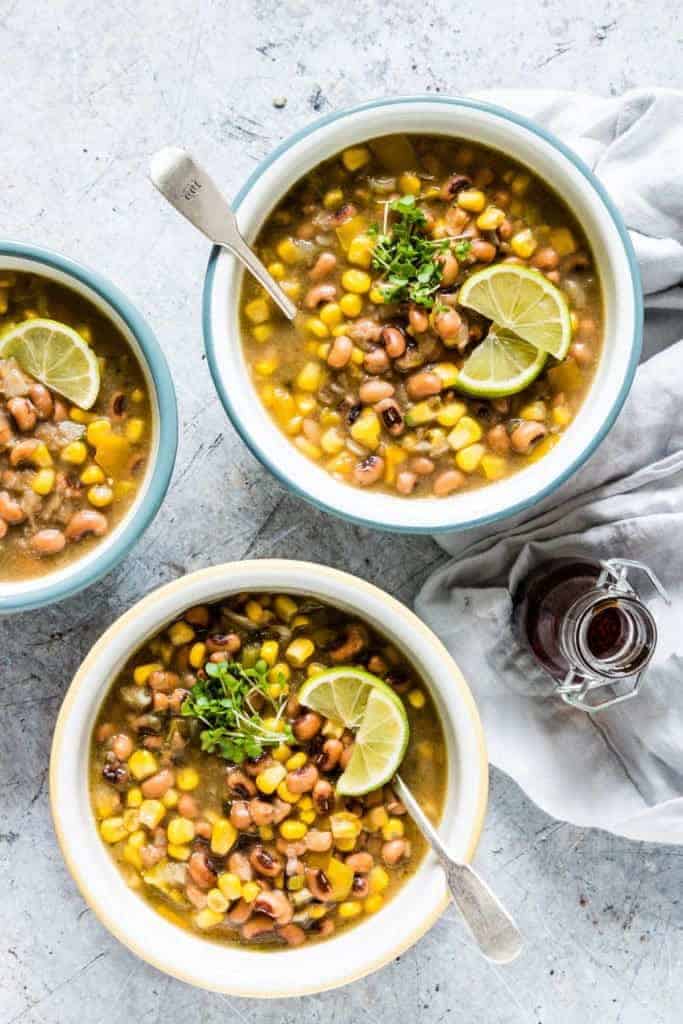 Not just any soup. A quick soup and an easy soup. I had an afternoon full of work and no time to tend to said soup.

Enter: the Crockpot Instead of spending time waiting for my soup (Spicy Slowcooker Bean Soup) to boil and simmer, I whizzed through a few prep steps and then put it in the crockpot for 3.5-4 hrs.

Open the crockpot and supper is served. Spicy Slowcooker Bean Soup is fragrant and warming – perfect for soup season.

Ready to learn just how easy and fun it is to make this Vegetarian bean soup crockpot recipe? Gather up your ingredients and I will show you….. 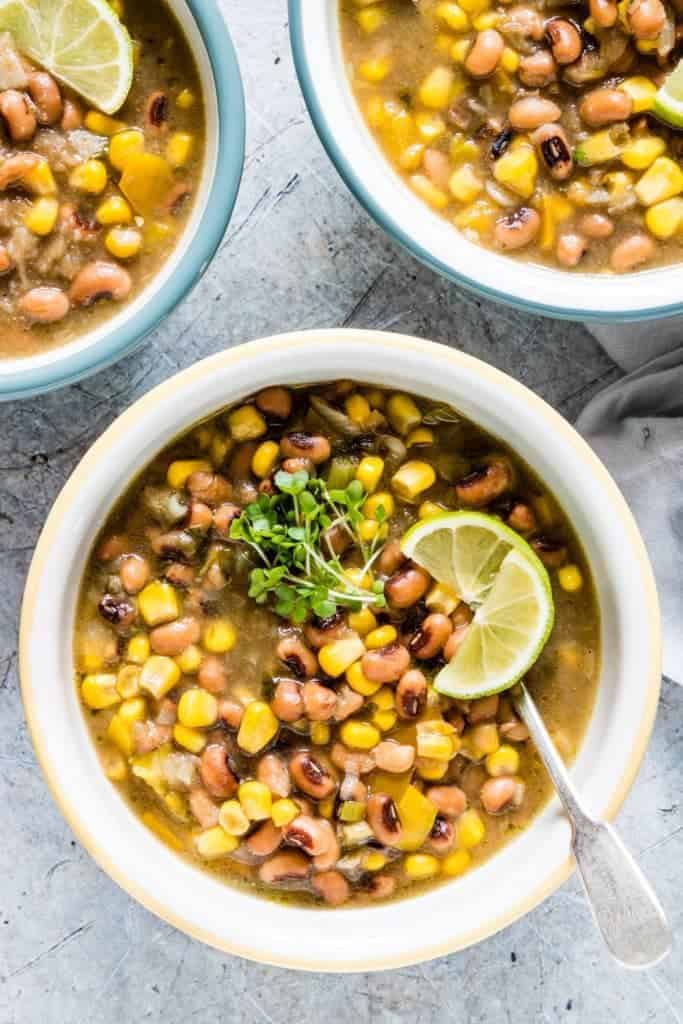 Non-slow cooker peeps: You can still make this bean soup crockpot on the stove top instead. Add the hot stock straight into the pan after step 2, followed by the rest of the ingredients. Bring to the boil, then simmer for about 20 mins before serving.

Vegan and vegetarian peeps: Spicy Slow Cooker Bean Soup makes a perfect spicy vegan soup or spicy vegetarian soup and it’s one I plan to serve to my veggie friends this holiday season. The four cans of black-eyed beans give it plenty of protein and will keep you full for hours.

Yes, you can. Make a triple batch of Crockpot Bean Soup and freeze for up to 3 months in meal portions and take out when you need it. Just follow the simple steps outlined below.

Want more soup recipes? Then check out these below: 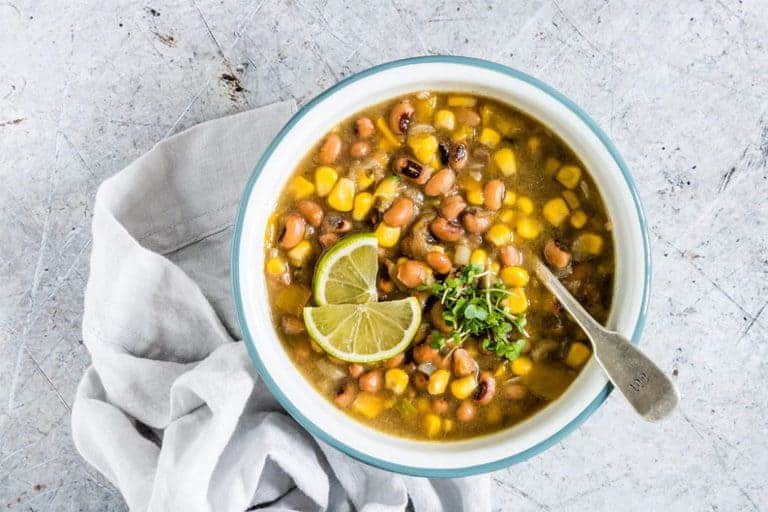 There are 3 Freestyle Points in one serving of Spicy Slowcooker Bean Soup.

Don't forget to tag #recipesfromapantry on Instagram or Twitter if you try Spicy Slowcooker Bean Soup! It is really, really awesome for me when you make one of my recipes and I'd love to see it. You can also share it on my Facebook page. Please pin this recipe to Pinterest too! Thank you for reading Recipes from a Pantry. 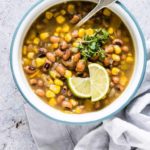 Weight Watchers Points  There are 3 Freestyle Points in one serving of Spicy Slowcooker Bean Soup.