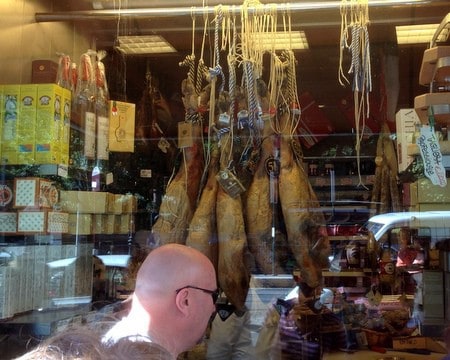 When in Rome, you have got to eat like the Romans do right?

Well thanks to Eating Italy Food Tours, I managed to do just that. And I can still remember the taste of every single dish. Especially the cacio e pepe. But back to that a little later. 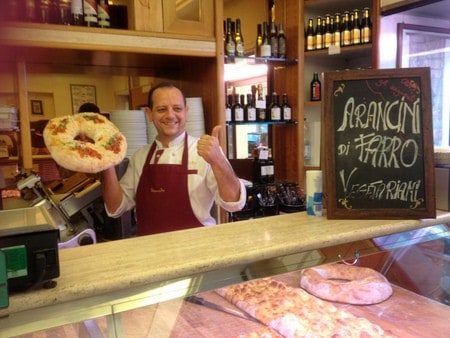 Eating Italy run a few different food tours but the one I went on was the Taste of Testaccio food tour. You get to eat exceptionally good Italian food on their tour, including some fantastic tastings as you walk though the working Testaccio food market. It didn’t just have food, it also incorporated a glimpse of real Roman life. From history including famous poets’ graves to insights on how AS Roma football team managed an unparalleled 11 year winning streak. Let’s just say they had a rather creative maintenance crew. The tour also included a visit to a pyramid in the centre of Rome. Yeap, you read that right – a pyramid. 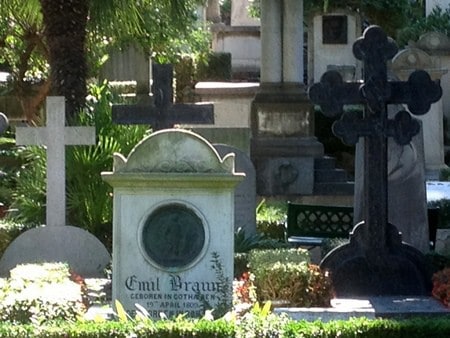 Testaccio is a Roman neighbourhood that is just steeped in food history. Even its name derives from food; the olive oil vessels that were thrown out in a pile at the rubbish dump which slowly turned into the artificial hill today known as Mount Testaccio.  And in a restaurant carved into the side of this hill is where I ate the best thing since sliced bread, cacio e pepe. Also know as Spaghetti with pecorino and black pepper. 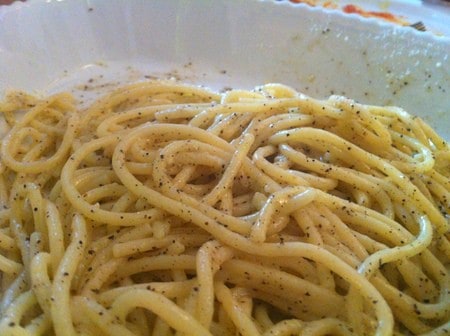 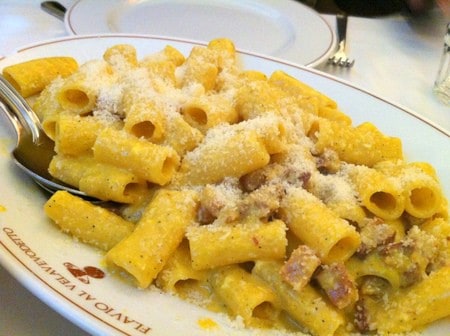 This dish is made with just three ingredients but man oh man it stopped me in my tracks. So much so that I had to retrace my tour steps to the food store to get some fresh pasta AND I cooked it 2 nights in a row when I got back to the England. OH definitely approved.

Then there was THE cannoli. Heaven on a plate. Continuing on we had melt in your mouth San Daniele ham, the truffle flavoured pecorino, plus fresh bruschetta made with tomatoes so tasty I almost did not want to let go of the bowl. I lingered. 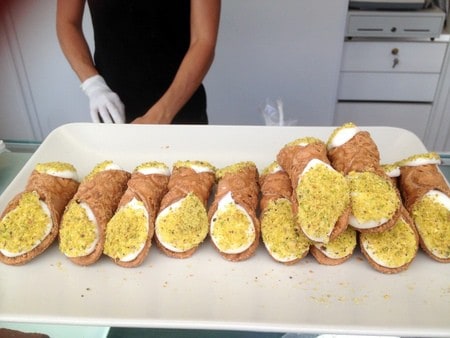 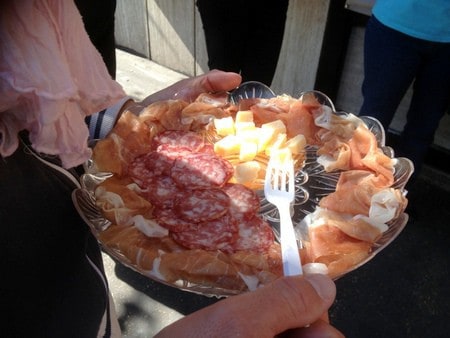 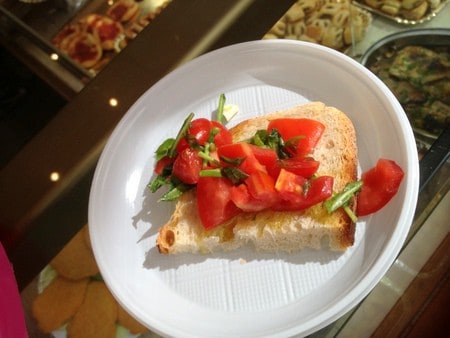 We had a total of 12 delicious tastings through the food tour and by the end I could hardly walk from being so full. I could not eat a single other thing till the following morning.

The guys at Eating Italy quite rightly ended the tour with some real delish gelato. The entire tour group sat down to a double helping of gelato all toped up with fresh homemade whipped cream in absolute foodgasmic silence. No talk necessary. None at all. We could only gaze at our guide in our food filled stupor as he explained how to spot the real gelato from the fake gelato (tip it’s in the pistachio, mint and banana flavours). 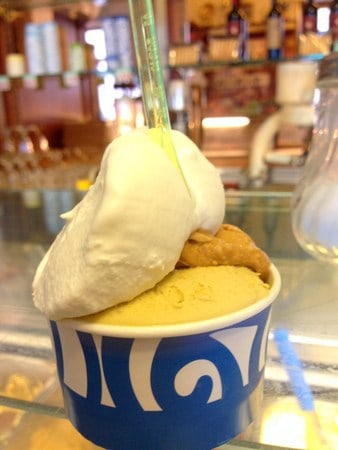 The tour was made even better by our rather brilliant guide Dominico. He was very very good and in between feeding us he would seamlessly weave in fun historic facts, making us pretty much collapse with laughter.  His style was seriously infectious. So much so, that on several occasions he managed to get the entire tour group to spontaneously burst into song in the middle of Tesctaccio food market. Hey, we had a very appreciative audience. 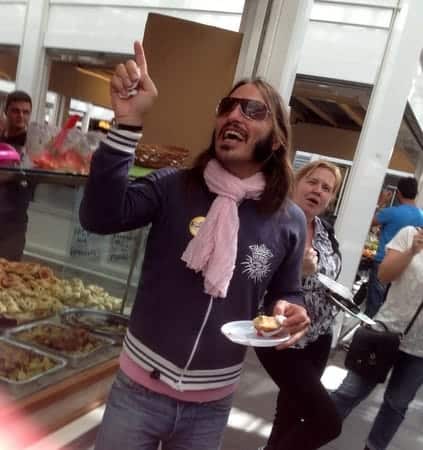 I really recommend that you go on one of their food tours through Rome. And if you can, try and book it at the start of your visit so that you know exactly where to eat for the rest of your time there. And if you are in London then you should definitely check out their Eating London Food tour through London’s East End where history, culture and fabulous food all collide. Both tours are a guaranteed 3.5 hrs of foodie heaven.

Thanks to Maria from Eating Italy for providing me with a few pictures when my camera ran out of battery on the tour.