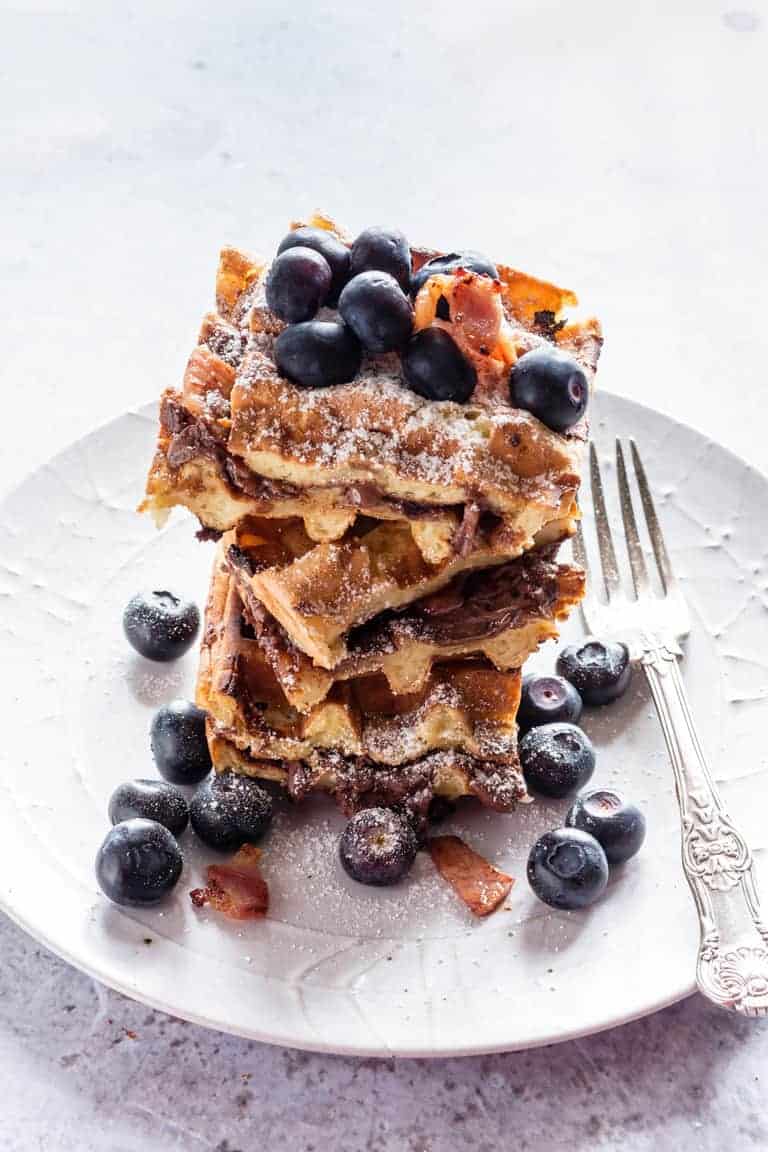 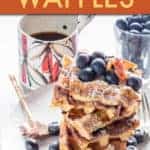 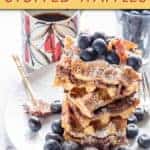 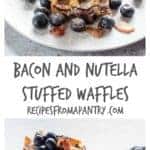 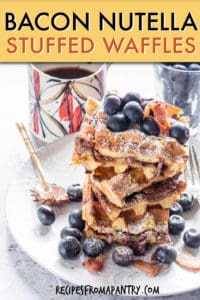 Can you drop everything and make these Bacon Nutella Waffles?

These waffles are all the great things about breakfast combined in one. Yes bacon + Nutella + waffles = the best /perfect / most awesome / chocolatey / bacony / insert any happy foodie word in here breakfast. 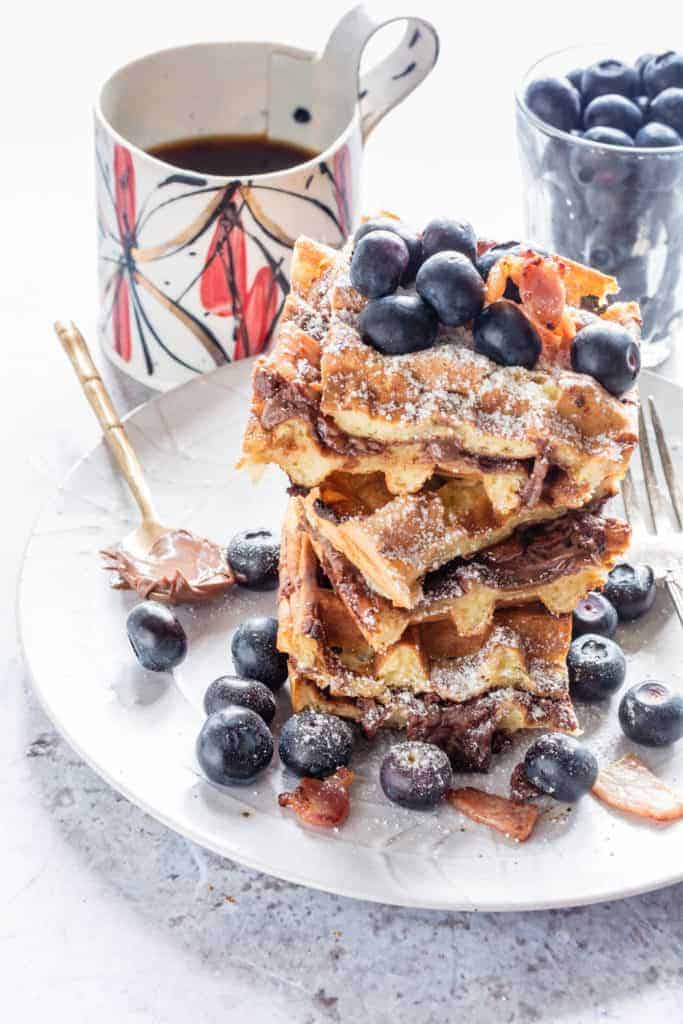 Don’t get me wrong I still adore these orange and thyme waffle with blueberry compote and these gluten-free vanilla buckwheat waffles with maple pineapple but, for the next few weeks all my waffle love is taken up by these Nutella and bacon waffles.

Oh and just incase you were wondering, you can never have too many stuffed Bacon Nutella Waffles. I know this because I ate every single one of the waffles you see pictured here. And then lay around in a happy chocolatey bacony haze just counting down the mins until the next set of waffles came out of the waffle maker.

That is the only recommendation you need right? I see you stopping reading now and running off to make these and I get why. 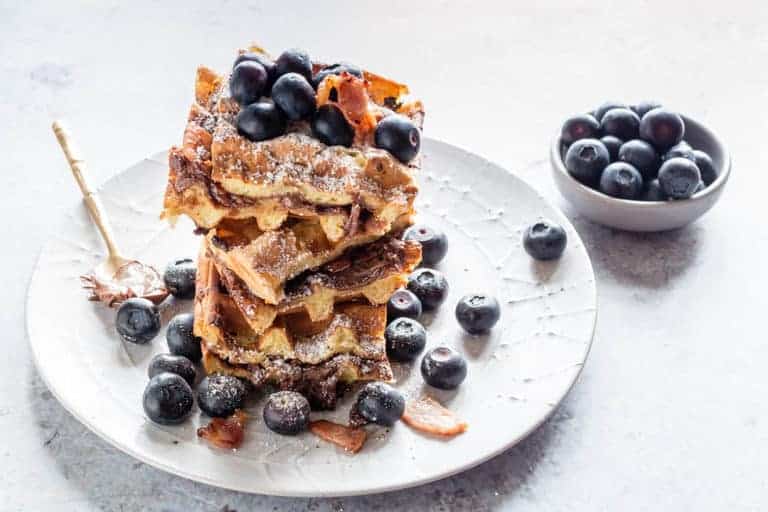 One thing that makes these waffles is the bacon.  Now put that great tasting bacon right next to some melty Nutella in some fluffy pancaky waffles, and you got the goods right there.

These bacon Nutella stuffed waffles are good to eat all day and every day. But I imagine that they are even better served over the Easter weekend when you are surrounded by extended family and friends catching up, laughing, playing, gossiping, Easter egg hunting, Easter hare nest making and generally just because. Heck, I would be tempted to add in a few of those leftover chocolate eggs – I mean things can only get more awesome, right?

Check out this Nutella Cake with a Nutella Frosting and these 20 Minute Chilli Bacon Pies.

Don't forget to tag #recipesfromapantry on Instagram or Twitter if you try Bacon And Nutella Stuffed Waffles! It is really, really awesome for me when you make one of my recipes and I'd love to see it. You can also share it on my Facebook page. Please pin this recipe to Pinterest too! Thank you for reading Recipes from a Pantry. 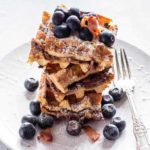