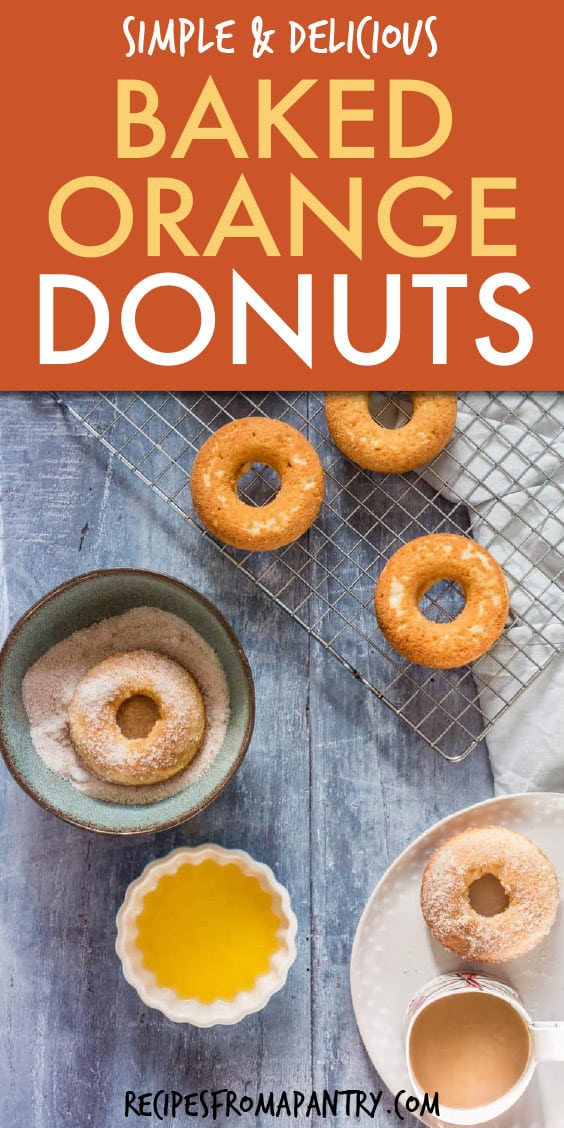 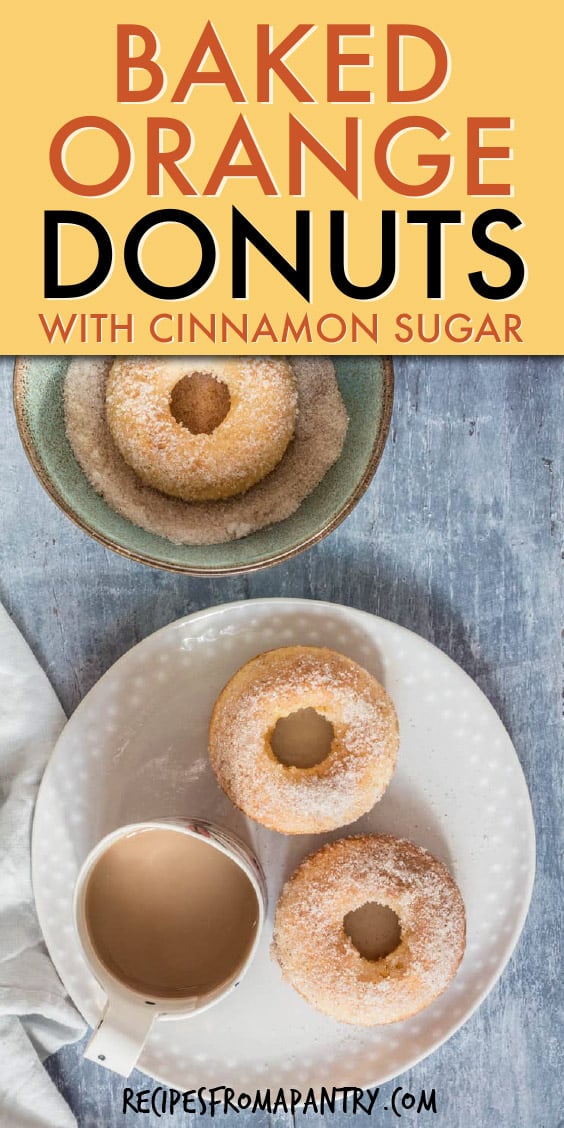 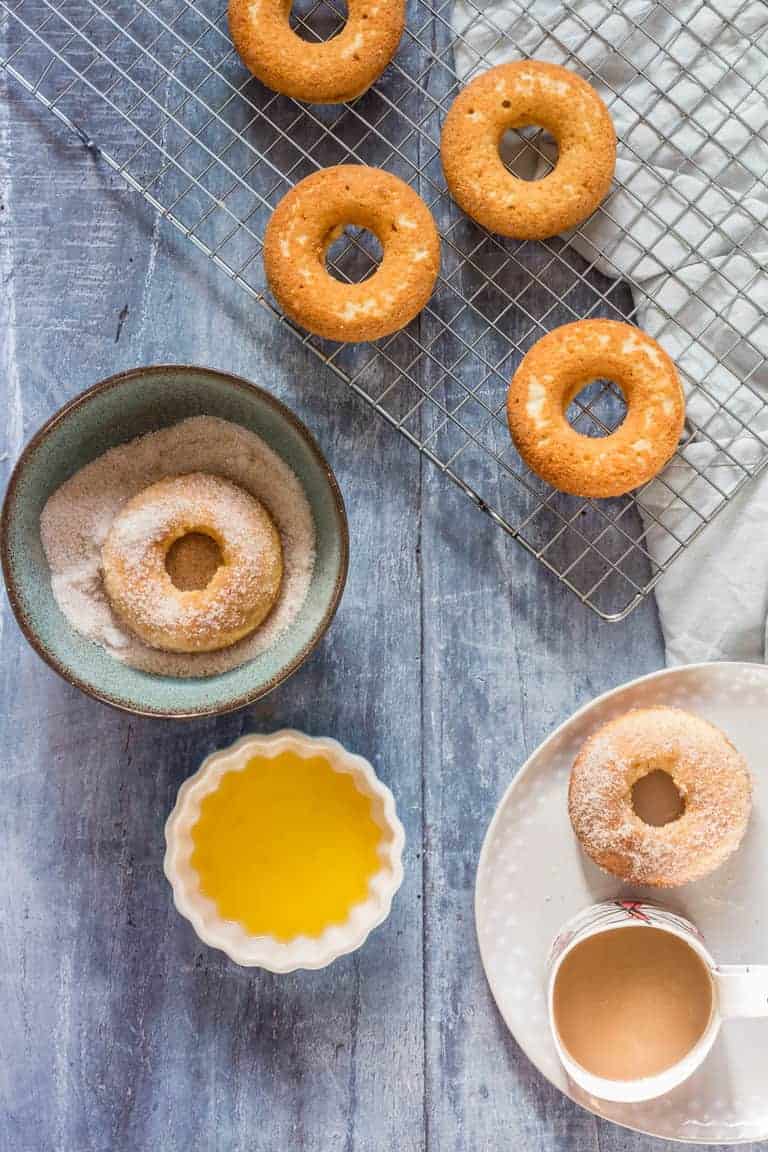 These Baked Orange Donuts with Cinnamon Sugar started out as completely different recipe. They were going to be some sort of, possibly complex, baked Nutella Swirl Donuts.

So I made up the buttermilk, got all the ingredients ready and whacked the Nutella in the microwave to get it oooey gooey melty swilling perfect. Folks, I was organised. And then I made the mistake of dipping a teaspoon into the Nutella, Then a second one, then a third. And before I knew it, the Nutella was ALL gone. Greedy happy me. 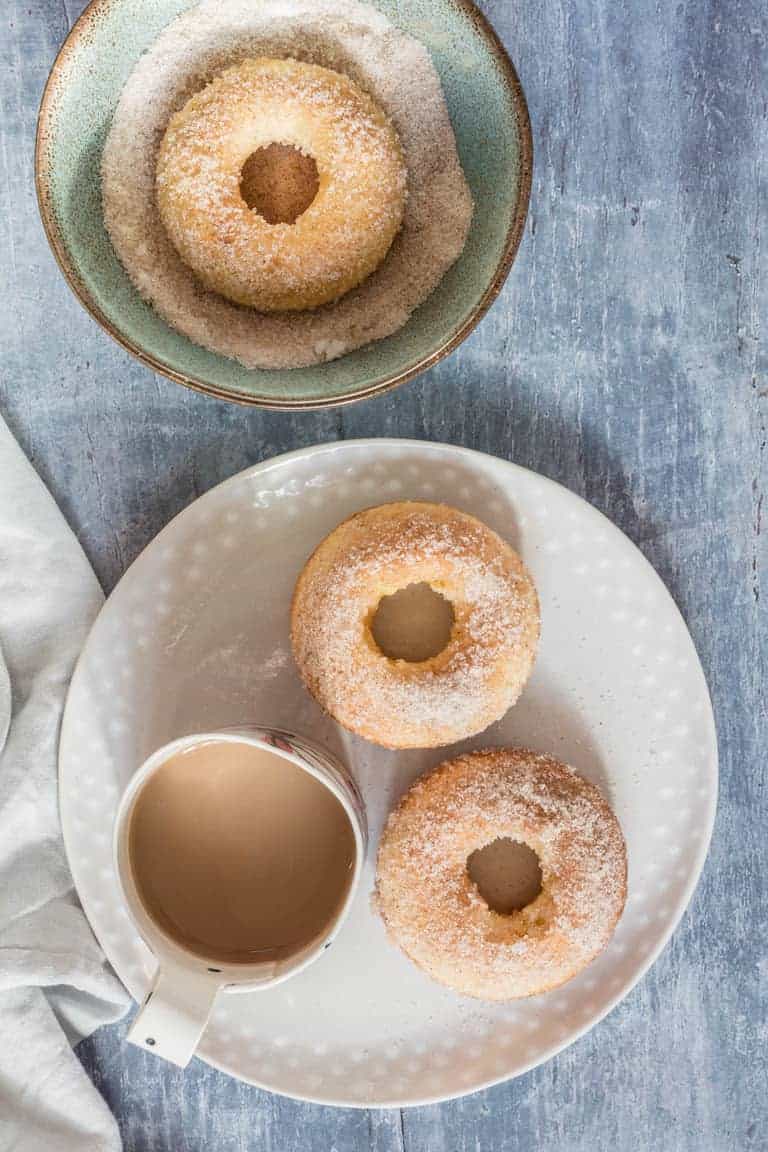 Folks, I am not ashamed to say that I did have a ‘oh crap what have I done’ 5 mins of panic. Which was swiftly replaced by a ‘I have got doughnut ingredients out so I WILL make donuts’ hyper phase. Which was obviously followed by a mad rush through the store cupboard to find ingredients to replace the nutella donuts idea.

In the middle of my escalating self-induced panic, I spot the one and only remaining orange at the bottom of the fruit bowl.  Folks, I actually shouted out hallelujah in my excitement.

And so, the Orange Donuts were born.

How To Make Orange Donuts 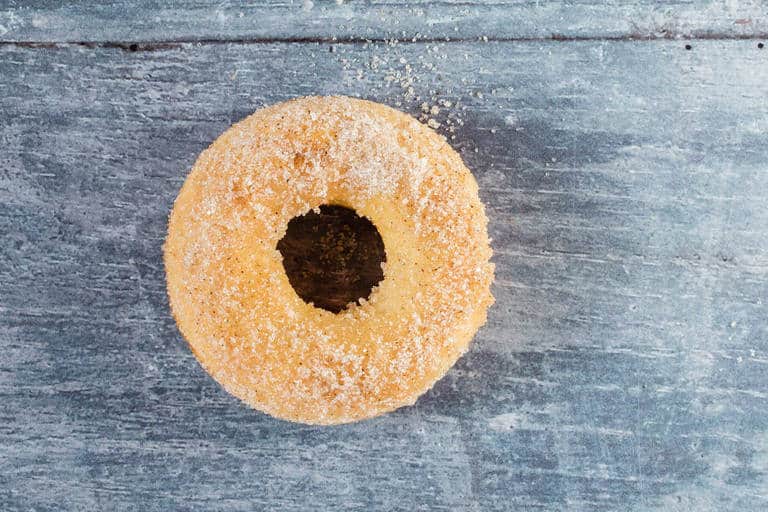 So baked orange donuts it was and they are as simple as it sounds, aka add some lovely orange zest to my standard baked donut recipe and cover them in some cinnamon sugar.

What To Serve With Baked Donuts

Here is how to make baked cinnamon sugar orange doughnuts. So dunkable in coffee, tea or  eaten straight up.

Thank you for reading my baked orange donuts recipe post. And please come visit again as I continue dreaming up recipes, traditional African recipes, African fusion recipes, Sierra Leone recipes, travel plans and much more for you. Thanks for supporting Recipes from a Pantry, UK food blog.

Get The Baked Orange Donut Recipe

Don't forget to tag #recipesfromapantry on Instagram or Twitter if you try Baked orange doughnuts with cinnamon sugar! It is really, really awesome for me when you make one of my recipes and I'd love to see it. You can also share it on my Facebook page. Please pin this recipe to Pinterest too! Thank you for reading Recipes from a Pantry. 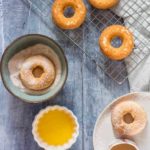